Awadhi cuisine is a cuisine native to the city of Lucknow, which is the capital of the state of Uttar Pradesh in Northern India. It is very closely related to Bhojpuri cuisine of it neighbouring region, Bhojpur. The cooking patterns of Lucknow are similar to those of Central Asia, the Middle East, and Northern India with the cuisine comprising both vegetarian and non-vegetarian dishes. The Awadh region has been greatly influenced by Mughal cooking techniques, and the cuisine of Lucknow bears similarities to those of Central Asia, Kashmir, Punjab and Hyderabad. The city is also known for its Nawabi foods.

Lucknowi Mutton Biryani is a very popular North Indian recipe. It is different from the basic biryanis as it comes straight from the Nawabs and is the soul of every party. In Lucknow, the last nawab, Wajed Ali Shah was the greatest inspiration behind the spread of Awadhi biryani. Lucknowi biryani uses milder spices. Hyderabad does not use any mitha ittar, whereas Lucknow uses ittar generously in biryani. It also uses cashew nut paste, saffron, curd, star anise and mace powder that give it an amazing flavour. It is made by cooking meat in ghee with warm aromatic spices and then layered with meat curry or marinade, then sealed and cooked over low heat until done. 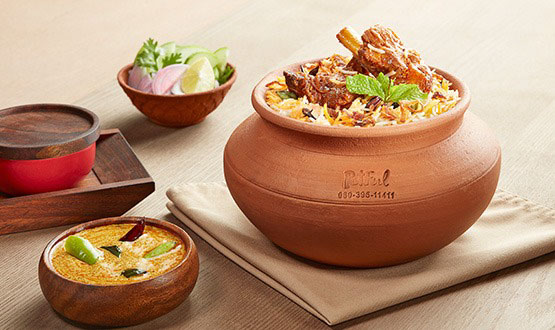 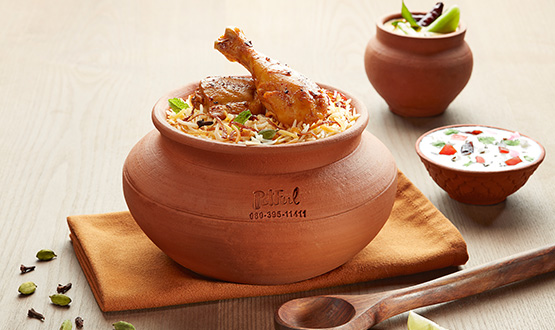 For this biryani, the process of marinating is very important. A longer marination process results in enriched taste of the biryani. It is also important to soak the rice in water for sometime before cooking. This ensures that the rice grains turn out well. In Lucknowi biryani, the meat is cooked on slow fire till it is almost done. This biryani can also be made using chicken and fish, but it tastes best with goat meat. The vegetarian version is called tehri. It is a royal dish of the famous Awadh Nawabs and is ideally made on special occasions and festivals.

Lucknowi is a kind of pakki biryani which entails the rice and mutton or chicken to be cooked 80% separately, and then to be cooked together using the dum cooking method. It does not require any green chilli, turmeric, red chilli powder, coriander or mint leaves. It simply requires lots of yogurt and saffron. Saffron is one of the costliest herbs in the world. And in times of the Nawabs, only the Mughal rajas and sultans could afford it. Now, saffron, a luxury product, is among the most expensive spices of Asia. Fortunately, a mere three or four thread would add an unprecedented flavour to your Biryani. Mildly roasted on a pan, then dissolved in milk, it helps to bring a subtle fascinating flavour in the biryani and a unique range of colour which we call 'Kesaria'. Lucknowi biryani also requires a lot of fried onion. Rose and screwpine essence augment the personality and aura of Lucknowi biryani. Super sleek and fine textured basmati rice is the ornament of biryani. Garam masala which include green and black cardamom, mace, nutmeg, cloves and cinnamon also add to its flavour. Cumin and coriander seeds powdered are also there. Large pieces of mutton are used in the biryani. Raw papaya paste is used to marinate the mutton. Typically, around four to five hours of marination is required. Mitha ittar is another characteristic of Lucknowi biryani.

The best Lucknowi biryani can now be enjoyed in the comforts of your house thanks to Potful Biryani. For online home delivery options, check out our Menu